1. Born in the mid nineties, Symon Tokal is the fourth born in a family of 14.
2. Symon Tokal is his stage name and the same name on his Identification Cards.
3. Born and raised at the Coast, Kilifi County, Kilifi South constituency, Chonyi Division, Kidutani Village where cassava and madafu ain't an issue.
4. He comes from one of the very humble families around the area.
5. Schooled at Kidutani Primary school later Lutsangani secondary school and eventually, Kisii University enrolled him for a bachelors degree in Ecotourism and Hospitality Management
6. Symon Tokal speaks only 3 languages; his mother tongue, fluent English, and Swahili… and 5% French (Don't provoke him in French)


7. He started his music at the university in the year in 2016 with the first track #WanasemaSikufai which he was featured in by Producer Naricks, and Ngome ya Mwambao.. Song link below:
Download Wanasema Sikufai Here

8. He transforms to a Muslim during Ramadan and remains a Christian for the rest of the year
9. He comes from a family where music is part of history. His father was once a guitarist with the fallen band #Super Jangwa. Up to date, he plays the church band as a guitarist.
10. Symon Tokal is a singer and rapper at the same time … If you doubt his rapping prowess, download #Tunaweza from this link and listen..  Download Tunaweza Here
11. He has role models and inspiration from artists such as Jason Derulo (his long time Idol), Neyo, Charlie Puth, Ben Pol, and locally Kaligraph Jones
12. From there on, Symon Tokal has recorded more than 10 tracks which has given him experience and the confidence to face a crowd and perform.
13. Symon Tokal is one of the biggest shy guys you may find around. (not at zero centimeter contact though! Just don’t take it for granted (never judge a book....)
14. People have recently been comparing his physical appearance with that of Nigeria’s popular singer Davido… See photos below: 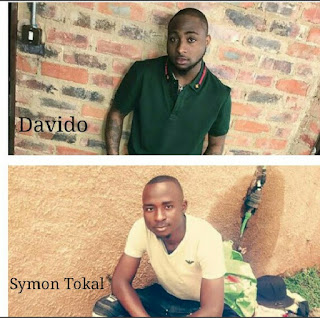 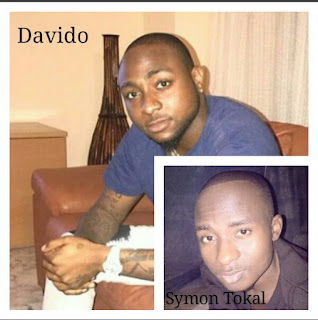 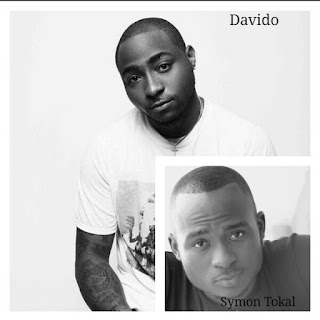 More about Symon Tokal including future music projects will be unveiled in future posts so you better follow this blog for more.

#UsiendeMbali by Sammy Echo ft Symon Tokal is a sensational RnB/Bongo track that’s set out to thrill the ladies out there. This track is a complete and totally funny impromptu ever project that I’ve been involved in. Leave alone the impromptu #TakeYouHome which Rapper Brascoh featured me, this is the funniest and fastest ever recorded song in my musical career to date! We recorded the track within just less than 10 minutes!
This is how it happened… I (Symon Tokal) had just landed home (Coast-Mombasa) from upcountry where I had been on my studies. I had a certain project aside from  #UsiendeMbali that was to be recorded by then. Immediately I jetted in (Haha!... Not aboard a plane though), I met my producer,(producer Naricks) who I had already worked with on my debut project (#WanasemaSikufai) that he had featured me alongside Charikizo. He is a very passionate producer and personally a brother too. I see the passion from within him. He had been working on a certain local studio called…
Read more

This is how it happened… AK TUNES  is an Indian rapper, music producer, and a Dj at the same time. He has produced several projects which have earned him massive airplay from India all the way to the Kenyan market. Worth mentioning is their latest mixtape called “MY GAME”, his best ever project combining six countries featuring Rapper Mosbee from Kenya. He contacted Symon Tokal for a project in which he would feature another other artist i.e Mr. Pollob, a Bangladeshi rapper guru. So a track done by 3 performers.
“My bro, I listened to your music and I love your voice. I need you to give me a hook, collabo. Is that possible?”, That was AK’s first sentiment. You could guess what I replied… Definitely Yes! And there we were… He sent me the beats and the topic of the song. A track was born! #MUSIC!.. The song cover art was too beautiful! Mr. Pollob, the illest Bangladeshi rapper killed the first rap verse! The guy flows like water on a waterfall! “Bro, you know you sing like Ne-Yo”,was A…
Read more